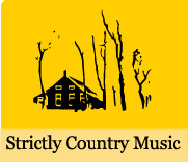 
​This CD made me think of the way my parents used to sing together in the past, when they were working in the house, the only difference being that they had to do so without instruments. Old-time in the real sense of the word. Suzanne and Jim from San Rafael California have specialized in the music of the thirties and before. For this CD they searched for the original versions of songs which had been recorded and made famous by others (Carter family, Charlie Poole, Dave Macon, Bill Clifton). The delved in the libraries and received a lot of information from Bob Bovee. I can’t say it any more beautiful than they do it themselves by email (translation of your own email…..these songs are the twigs and branches of a very large tree, with roots etc…..)
Since 1992 we can regard them as full time ‘minstrels’. In their mobile home (a 30 foot C class motor home). they travel from town to town to let their music be heard and each week they have three to four performances. Every now and then they plan a quiet month to do some extra research. They have not been to Europe yet but in 2007 they would like to visit, among others, the Netherlands. I don’t think that they nor the people inviting them would regret this.
This is the second CD of S & J’s old-time music. Apart from these they recorded a Christmas CD with 19 th Century carols. Jim has long been known as renowned banjo player whom we can hear on various TV. Series which don’t mean a lot to us (in the Netherlands). Above all, he likes teaching. A real banjo man.
On this CD they are assisted by Patrick McGuire, Milo Deering and Larry Wheat but their contributions are fairly unnoticeable. The more I listened to it the more I liked it. I would like to call the style “old time folk”, music as it was played in the 20’s and before in the living rooms of the west.
The first number did not do that much to me but with “Ruby’s Song” it starts to get interesting, a number by the Louvin Brothers, although never recorded on disc by them.
“Sweet Bird” is an even more original version of “Sweet Fern”. “Big John Henry” is a wonderful Cowboy song. In “Hard Times” written as far back as 1854 we even hear a flute which gives the number a very pleasant effect. Does a flute belong in “our’ kind of music. Well, no but it is lovely nevertheless. “When you and I were young Maggie” Is always lovely, whoever performs it. Here it get a beautiful instrumental accompaniment.
With the instrumental medley following this, it is difficult to keep still and “Palm of Victory” is a wonderful finish during which, especially Jim stands out. Then follows something strange and I am not quite sure what to think of a rap number spoken in rhyme, without music just some rhythmic sounds. Get out of the way Dan Tucker, it’s too late for your supper”. A shrill contrast with the penultimate number.
The simple sleeve notes offer interesting information because behind every song is a story which makes this CD a history lesson too. A must.